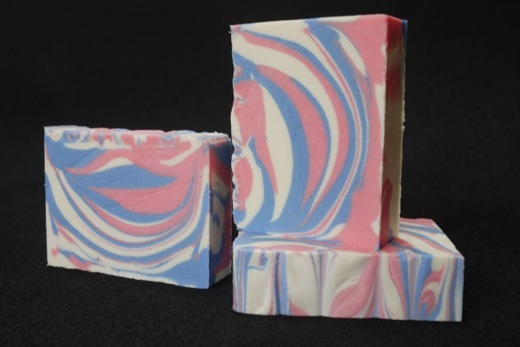 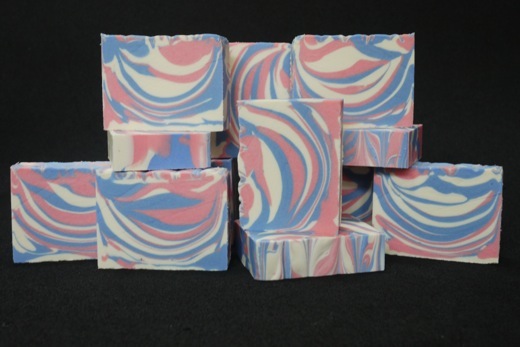 In 2007 a soapmaker named Nizzy (Terry Nisbet) of Australia, popularized a different way of making soap, which is to hit solid oils in a kitchen blender, the same these for cakes or beat the whipped cream. The idea is incorporate air in the mass of saturated oil (solid), adding the unsaturated oils (liquid), add the lye and then the fragrances and additives. The process is a regular cold process done at room temperature and the difference is in phase to incorporate the air with an electric mixer.

The fundamental of the formulation is to have a proportion of at least 80% solids oils (saturated) which can be: palm, babassu, palm kernel oil, cocoa butter, shea butter, cupuacu, ucuúba, etc. and 20% of an unsaturated oil (liquid) to give the conditioning properties to the soap.

The whole process is done at room temperature or cooler, I usually make about 10 to 15 ° C . I melt solid oils to mix well and then put in the fridge to solidify. The important thing is to keep the oils solid, otherwise it is not possible to turn a beat aerated cream. This aeration causes this type of soap when placed in water, it not sinks, it floats. It also has a greater volume per weight due to occlusion of air. As the cold is done at a low temperature saponification is slow and hardly occurs and the gel phase. The air occluded also retards saponification and it allows more time to make soap. I often say that the hit soap is great because it does not need to rush, no haste, has no trace of the point, is the soap without stress!

Here the formula and the instructions of the process. 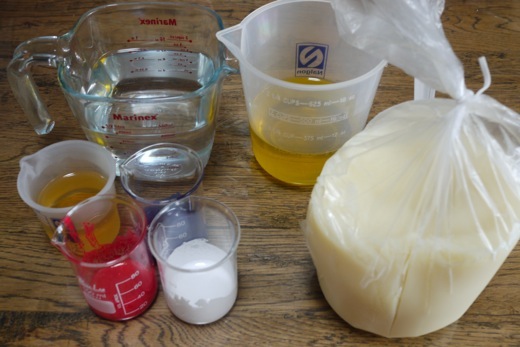 Clockwise, the pigments used as colorants, dispersed in 10g of vegetable glycerin, the mixture of essential oils, a 28% lye solution which was cooled to 10 ° C, the mixture of olive and castor oil and the plastic bag with the oils solids were melted and then kept for two hours in the fridge to solidify partially. 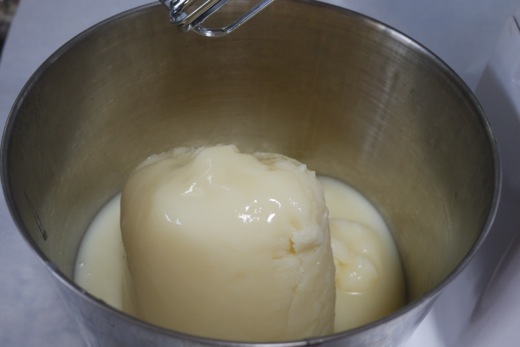 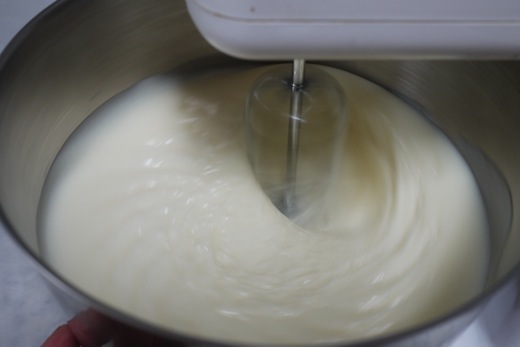 Beginning to incorporate air using a very simple mixer (made ​​in China) but cheap, versatile and robust, allows you to use one or two rods and can also be detached from the bracket and secure by hand, the planetary effect is obtained by rotating the bowl with the hands. 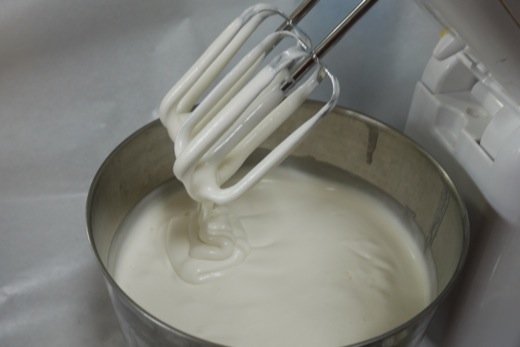 After about 10 minutes beating on high speed aspect is that, like a cream. 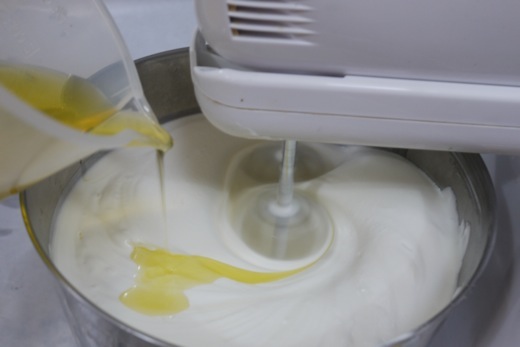 It is time to add the mixture of unsaturated oils slowly to avoid the decrease of the minimum aeration. 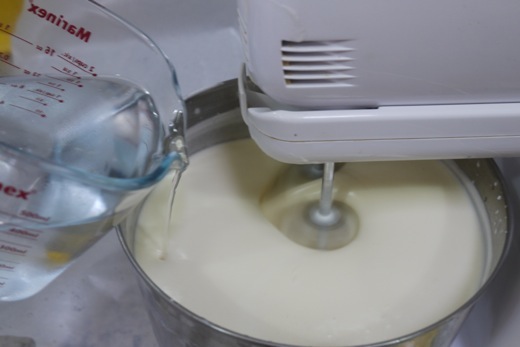 The lye is added very slowly and with care to avoid splashing out of the container. If note the increased volume due to air occluded. 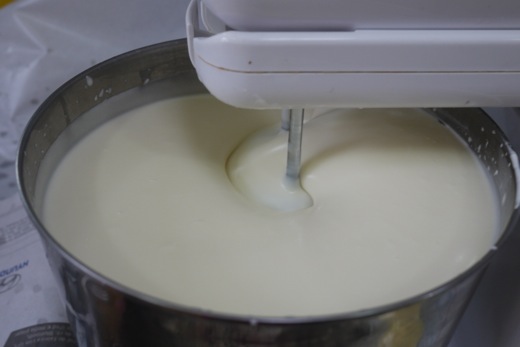 After the addition of lye the mass is hit by another 10 minutes on average, it provides a good mix of lye with the oils and trace is not realize because of aeration. 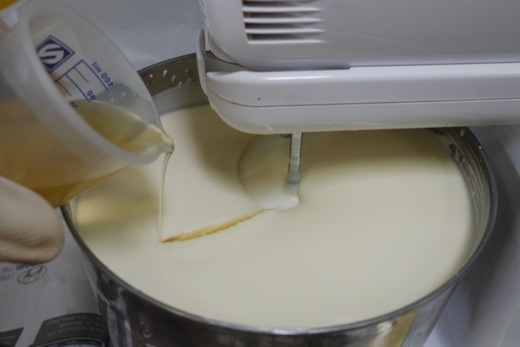 Adds up the essential oil slowly to not damper the aeration 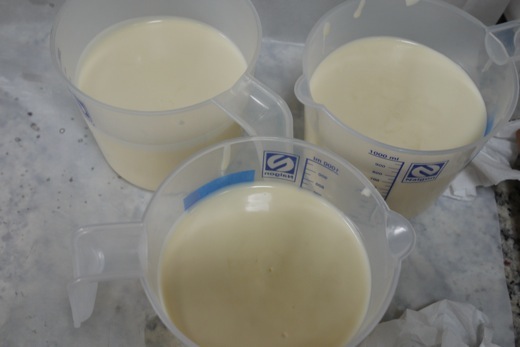 I divide the soap mass into three parts coloring with white pigment, red and blue. 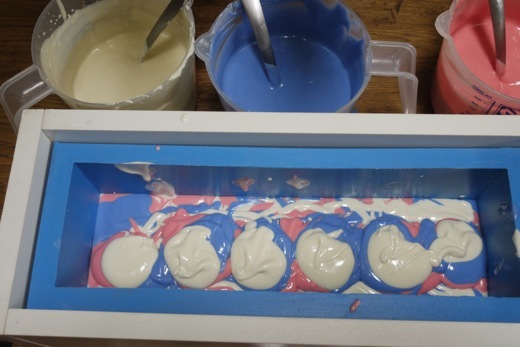 Was used the  technique of spoon swirl. As the reaction is very slow, there is the concern of making fast because, unlike the usual cold where time is a key factor in the viscosity of the hit soap mass remains for a long time without changing. 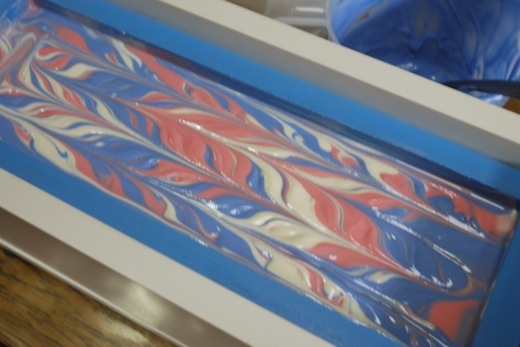 Swirl finished and ready to stay 24 hours to be demolded. 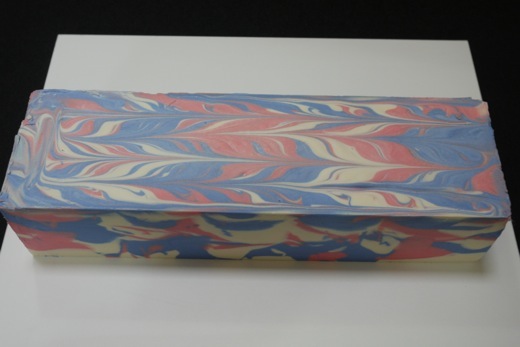 The block taken from the mold after 24 hours. The heat of saponification evolution occurred only after 12 hours from the beginning of cold process a saponification rather slow. 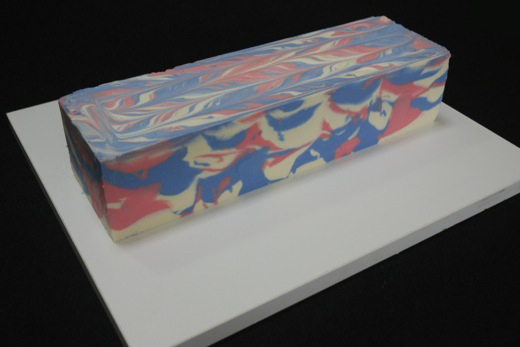 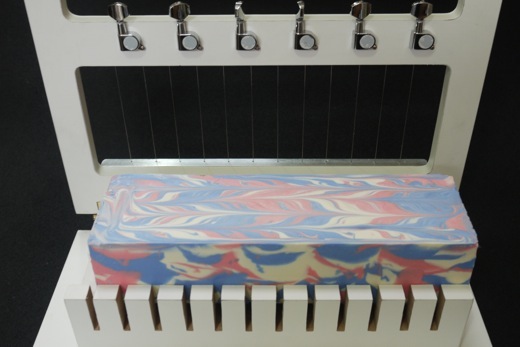 The block positioned in multiple new cutter (this is still a prototype, will soon be selling this cutter and another type). 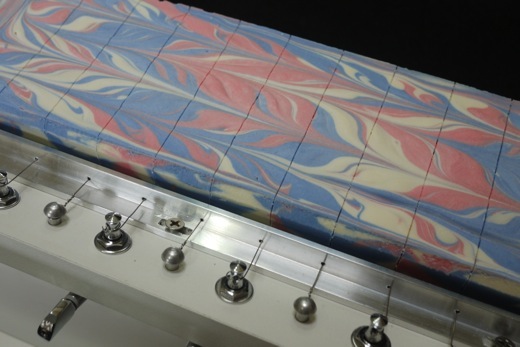 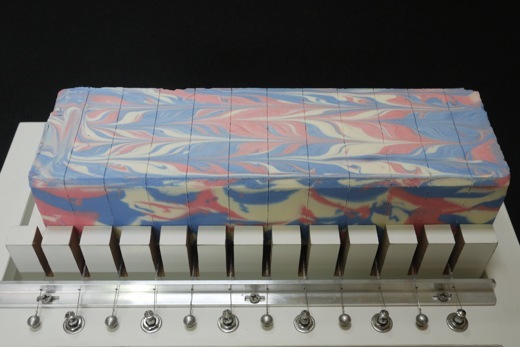 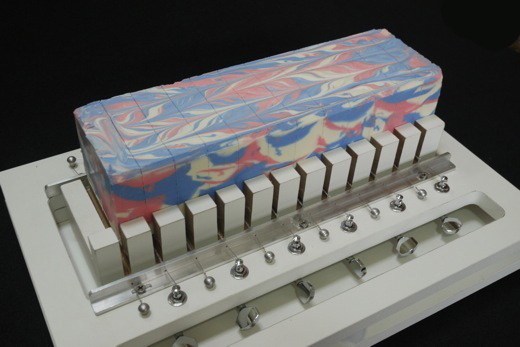 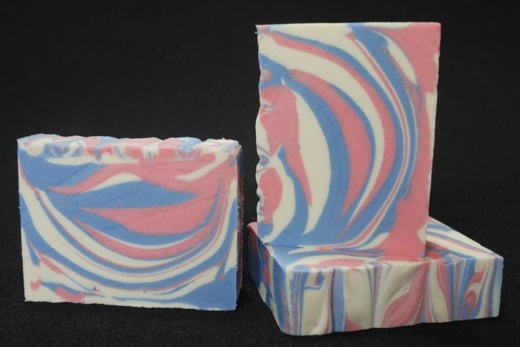 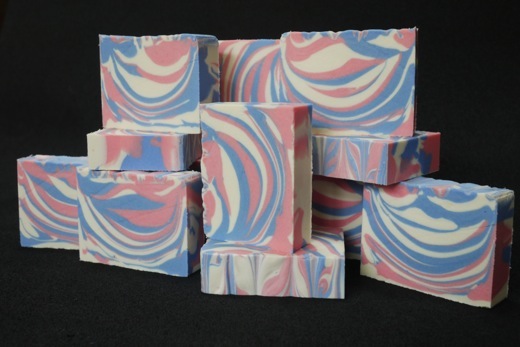 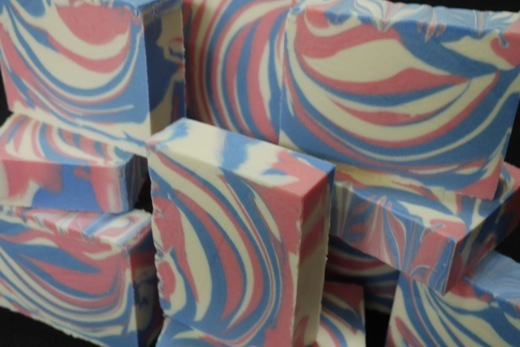 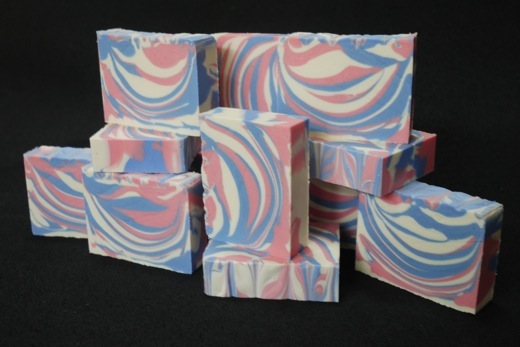 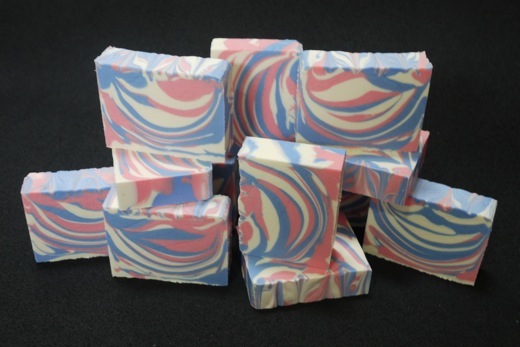